Community Service is a Part of Bowers DNA

Community Service is a Part of Bowers DNA
20 years of working, volunteering, and serving within HD 113 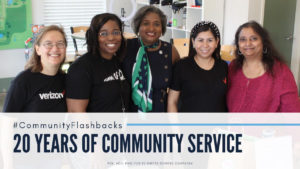 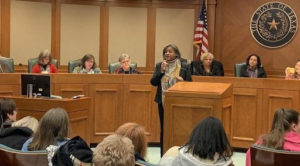 Representative Bowers has a long history of serving the community and addressing the needs of constituents across the political and socio-economic spectrum. As a legislator, she has worked with colleagues from both parties to better the lives of all Texans.

From her active participation in the Rowlett PTA and Band Booster club, to her time spent as an educator in the Garland Independent School District, this long-time resident of HD 113 understands the impact that a solid public education system can have on a community. She deepened her commitment to her local community by serving on the Rowlett Parks and Recreation Advisory Board for 8 years. Additionally, her willingness to serve led to her being asked to become a member of both the Community Investment Program Task Force and Long-Term Recovery Committee for City of Rowlett.

This year, Rep. Bowers is running for re-election against a political novice and recent HD 113 resident, hand-picked by the Texas Republican Party. He was just endorsed by Senator John Cornyn, part of the Texas GOP that is more interested in partisan politics than community service. Let’s make sure we reelect a true servant of HD 113.